Global equities: How to invest in a slowing China

INVESTORS looking for clues as to how China’s economic future will pan out should examine Japan’s performance after the 1980s boom, says Pendal’s Samir Mehta.

China faces enormous uncertainty about its economic outlook after decades of faster-than-normal growth culminated in a slowdown on the back of Covid-lockdowns, a real estate crunch and regulatory tightening in tech and education.

As the rest of the world wrestles with supply constraints, runaway inflation and rising interest rates in 2022, China instead faces lacklustre growth, rising unemployment and the real prospect of deflation.

“It’s almost diametrically opposite to what the rest of the world is facing,” says Mehta, who manages Pendal’s Asian Share Fund.

“What we are seeing at the moment in China is reminiscent of what happened in the Japanese economy when their bubble burst in the 1990s — for the next three decades Japan’s economy was mostly hobbled.”

Samir Mehta on the China-Taiwan stand-off
“All of us are spell-bound watching a potential Thucydides Trap play out in action between China and the US,” says Pendal’s Samir Mehta on the recent geopolitical developments in the Taiwan Straits.
“Speaker Pelosi’s visit further heightened the risks as rising power China threatens the hegemony of the US.
“My opinion on whether events escalate or not does not matter. But we should not lose sight of what the underlying problems are in China.
“Even without geopolitics, investors looking for clues as to how China’s economic future will pan out should examine Japan’s performance after the 1980s boom,” says Mehta.

Mehta says the key to Japan’s long-term troubles lay in the fact that its banks refused to recognise non-performing loans (NPLs), take write-offs, recapitalise and move on to lubricate economic growth via taking on risks on new projects.

“There are parallels with what we are seeing in Chinese banks. They are unlikely to recognise or write off their NPLs and they are not changing old business models. 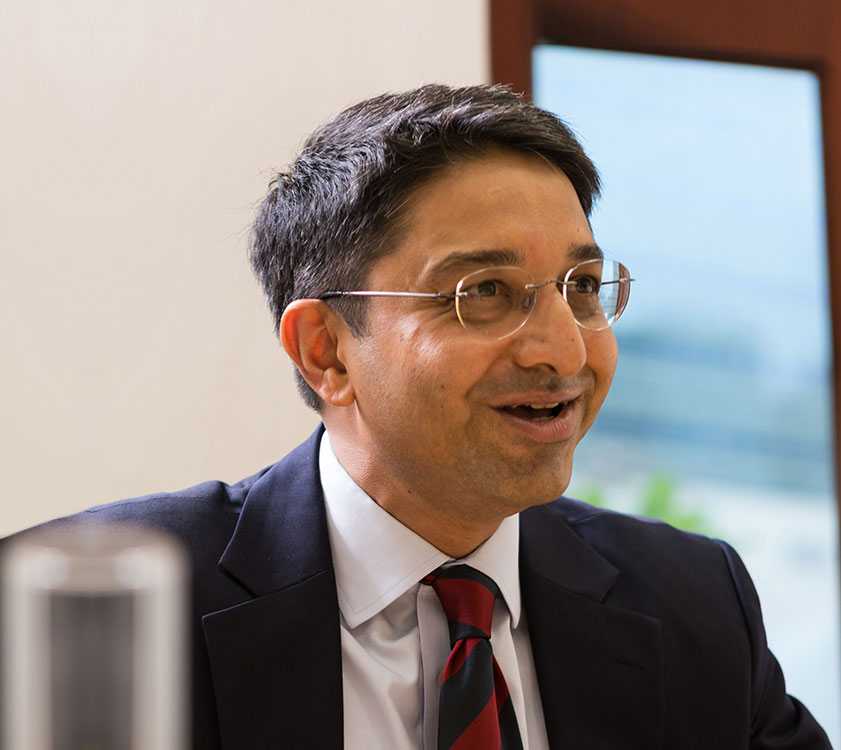 “If you do not recognise the problem, then you risk a massive balance sheet recession and deflation.”

Another parallel to Japan is policy mistakes prolonging the downturn.

In the 1990s the Bank of Japan went too far with interest rate rises while increases in indirect taxes were poorly executed.

Similarly, Beijing seems to be making policy mistakes such as its strict zero COVID policy. Just last month authorities locked down a million people in Wuhan.

“Remember that in Japan’s case there were always some very good companies that were globally competitive — Toyota, Sony, Nintendo, some of their speciality chemical and semi-conductor companies.

“It’s not as if there weren’t good businesses but those businesses typically relied on export orientation because the domestic economy was going through a very challenging period of disinflation and deflation.

“I want to keep that precedent in mind for China and look for similar opportunities.”

Mehta cautions that the geopolitical environment is different. While Japan did cause resentment in the US in the 1980s because of its economic power, it was never a military threat.

But the broad characteristics of companies that will thrive in a slow growth, deflationary domestic environment should be similar.

“The companies that stood out had shared characteristics.

“They were companies with high pricing power, they had an industry structure with few irrational competitors, and they were able to generate very strong cash flows.

“When you have a disinflationary or deflationary environment, cash is a fantastic asset to own.

“Inflation is the enemy of holding cash as value, whereas in a deflationary environment, cash is king.

“In my portfolio in China, I am gravitating towards these kinds of businesses – export-oriented champions or domestic champions with pricing power and cash flow.”


This information has been prepared by Pendal Fund Services Limited (PFSL) ABN 13 161 249 332, AFSL No 431426 and is current at August 10, 2022. PFSL is the responsible entity and issuer of units in the Pendal Asian Share Fund (Fund) ARSN: 087 593 468. A product disclosure statement (PDS) is available for the Fund and can be obtained by calling 1300 346 821 or visiting www.pendalgroup.com. The Target Market Determination (TMD) for the Fund and Trust are available at www.pendalgroup.com/ddo. You should obtain and consider the PDS and the TMD before deciding whether to acquire, continue to hold or dispose of units in the Fund. An investment in the Fund or Trust or any of the funds referred to in this web page is subject to investment risk, including possible delays in repayment of withdrawal proceeds and loss of income and principal invested. This information is for general purposes only, should not be considered as a comprehensive statement on any matter and should not be relied upon as such. It has been prepared without taking into account any recipient’s personal objectives, financial situation or needs. Because of this, recipients should, before acting on this information, consider its appropriateness having regard to their individual objectives, financial situation and needs. This information is not to be regarded as a securities recommendation. The information may contain material provided by third parties, is given in good faith and has been derived from sources believed to be accurate as at its issue date. While such material is published with necessary permission, and while all reasonable care has been taken to ensure that the information is complete and correct, to the maximum extent permitted by law neither PFSL nor any company in the Pendal group accepts any responsibility or liability for the accuracy or completeness of this information. Performance figures are calculated in accordance with the Financial Services Council (FSC) standards. Performance data (post-fee) assumes reinvestment of distributions and is calculated using exit prices, net of management costs. Performance data (pre-fee) is calculated by adding back management costs to the post-fee performance. Past performance is not a reliable indicator of future performance. Any projections are predictive only and should not be relied upon when making an investment decision or recommendation. Whilst we have used every effort to ensure that the assumptions on which the projections are based are reasonable, the projections may be based on incorrect assumptions or may not take into account known or unknown risks and uncertainties. The actual results may differ materially from these projections. For more information, please call Customer Relations on 1300 346 821 8am to 6pm (Sydney time) or visit our website www.pendalgroup.com